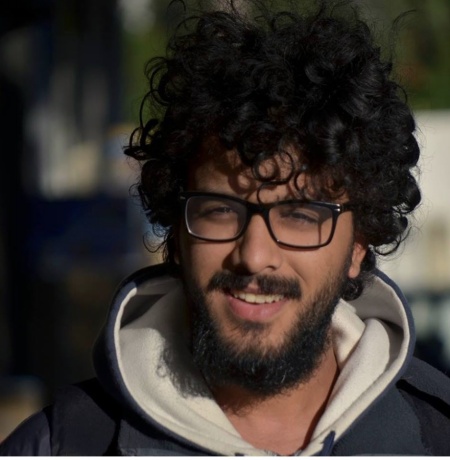 As "awarded resident" of the Thami Mnyele Foundation Belarouchia stay until the beginning of december 2018 in Amsterdam.

Belarouchia is a recent graduate of the national institute of fine arts in Tetouan. Adam chases after ideas, in concern with the Moroccan urban and subcultures, and expresses them with different mediums, mainly digital ones. He started off creating animated GIFs and illustrations, he then created an animation called "Ana hna" ( I am here ) which won him the short animated movie prize "Grand Prix Aicha" FICAM, Meknes, and a one-month international animation residency in « L'abbaye de Fontevraud », France.