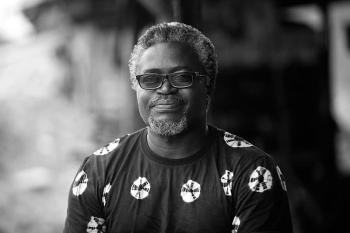 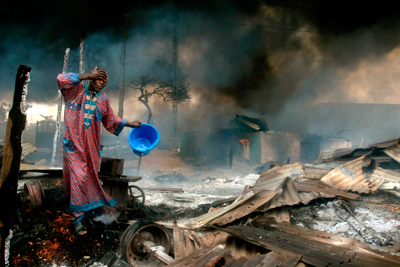 Akintunde Akinleye (Born 1971 in Lagos, Nigeria) lives and works in Nigeria. He is photographer and photojournalist working in between editorial, activism and experimental documentary.

He completed a degree in social studies at Ondo State University Ado Ekiti, Nigeria, in 1997 and he received a postgraduate diploma in journalism from the Nigerian Institute of Journalism, Lagos, Nigeria. He also received a master degree in Educational Technology from the University of Lagos in 2001.

Akintunde has been awarded the National Geographic "All Roads" prize and the World Press Photo in 2007, and he received a fellowship by the University of Texas.

Akintunde photographs have been published in many internationals magazines and newspapers as the New York Times, Guardian and TIME magazine. And his work has been exhibited in Washington, Los Angeles, New Mexico, Lagos, Amsterdam, Graz and Madrid.

He is often invited to present his works to Institute and University in United States and The Netherlands, where since 2007 he is a jury-member of Friends of the Earth international photo competition.