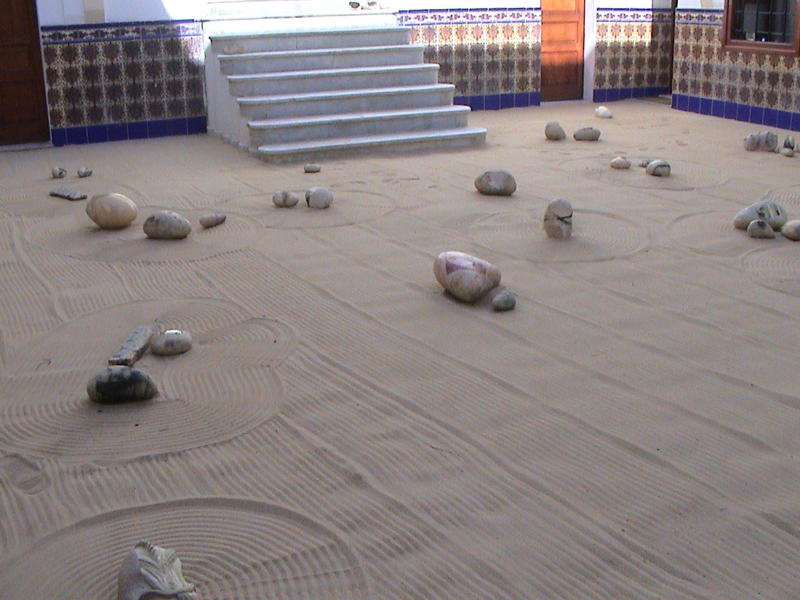 Having completed her BA in ceramics at the Al-Fatha University in Tripoli, Libya, Hadia Gana initially taught at the faculty in Tripoli. Later she proceeded to do her Masters degree in the United Kingdom at Cardiff University in Wales, where she was encountered with a different approach to art: "I learnt to mix a bit of everything: lifestyle, people I meet, my work, I put it all together and make a big ball with it and realised it was a good model for living". This approach, of analysing environments and their atmospheres, curious how they came together, serves to inform Hadia's present versatile role as artist and planner in an advisory body ECOU

(Engineering Consulting Of?ce for Utilities, Libya). A planning ministry of sorts made up of local and foreign architects, urban planners and artists advising on the present and future developments for the Libyan capital and rest of the nation.

Her project "Tripoli's green belt" is about Tripoli's green belt also newly called The Green Necklace. This project is the revival of a green "fence" grown to protect Tripoli from the desert sand winds and stabilize the sandy ground. The city now grew over the borders of the former green belt invading it's space with urban structure and leaving only small pockets of gardens. The aim of this project is to recreate natural spaces in what is now the core of the city and link them all with a green walking path that would be the thread linking the green "pearls".

This Project has been presented at Glazenhuis-Amstelpark-Amsterdam Sunday the 13 th of June 2010.