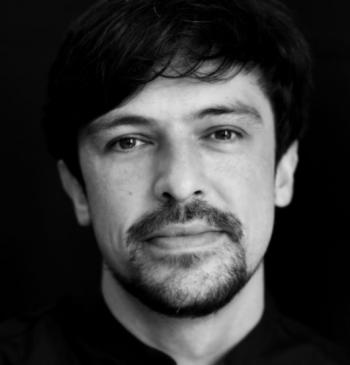 Haroon Gunn-Salie is the new winner of the Thami Mnyele Foundation Residency Award. He has arrived in the Residency in Amsterdam and will participate in the IDFA Forum and DOC Lab 2022 with work 'Zonnebloem renamed District Six'.

'Zonnebloem renamed District Six' is a social experiment by artist and activist Haroon Gunn-Salie that pushes the boundaries of Virtual Reality. The project aims to rebuild a place that has since been destroyed and exists only in the history, memory and identities of its former residents.

Haroon Gunn-Salie was a resident at the Thami Mnyele Foundation Residency in 2017 to prepare for his participation in the exhibition 'Tell Freedom: 15 South African Artists' at Kunsthal KAdE Amersfoort.

Haroon Gunn-Salie (Cape Town, South Africa, 1989) is an artist and activist who believes that art has real potential to effect changes in society.

Gunn-Salie completed a BA Hons in sculpture at the University of Cape Town’s Michaelis School of Fine Art in 2012 and has been awarded the SP-Arte / Videobrasil prize (2016), the FNB Art Prize (2018).