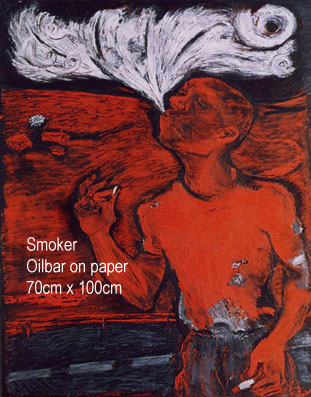 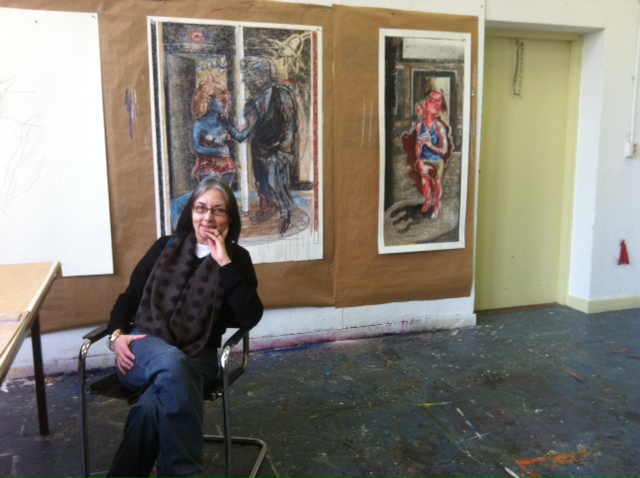 Michele Tabor was born in 1951 in Johannesburg, South Africa. She graduated in Fine Arts with honours in 1972 at the University of the Witwatersrand, Johannesburg. In the years 1972 and 1973 she took part in the Post Graduate Program for Printmaking at Middlesex Polytechnic in London, UK. Lives and works in Amsterdam.
Michele Tabor's art reflects her concerns about and observations of society. Whether a person is simply doing something or as a statement about "being" in a wider sense.
Michele's work is figurative and portrays, generally speaking a single figure allowing her to concentrate on the individual whereby the existential position of the portrayed person becomes the central concern. Her work is always inspired by a particular person, place or experience. She both draws and paints using a variety of media.

Michele Tabor was working at the studio of the Thami Mnyele Foundation from november 2012 till february 2013.