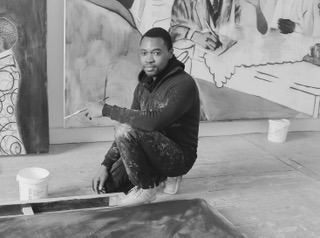 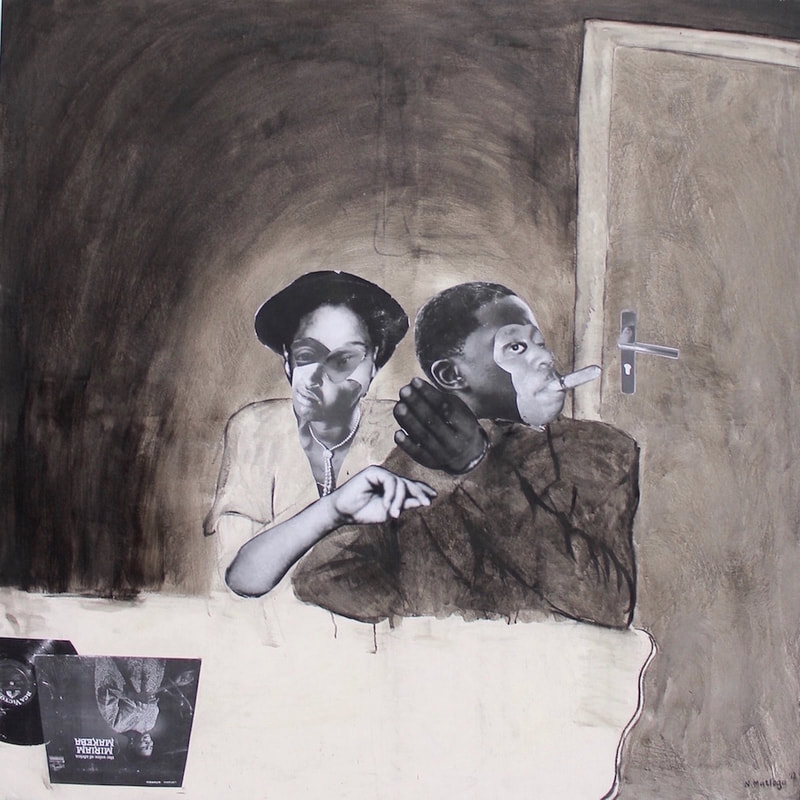 Neo Image Matloga was born in 1993 in Mamaila, a small town in Limpopo province, South Africa. He currently lives and works in Amsterdam, Netherlands, where he recently completed a two-year residency at De Ateliers.
Matloga works with drawing, painting and collage to make large-scale mixed media pieces on paper or canvas, depicting domestic scenes which capture memories of daily life during the artist’s childhood. These monochromatic works play with surrealism and perspective, pushing light, shadow and line to the edge of abstraction. The artist’s practice is a meditation on the healing properties of family and home, showing fragments of happiness and togetherness in the midst of struggle, and the new hope which was emerging at the time – hope for a democratic future after the end of Apartheid.