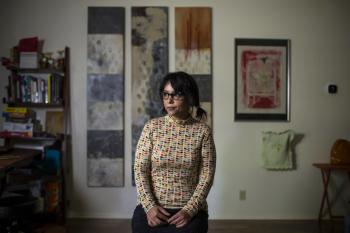 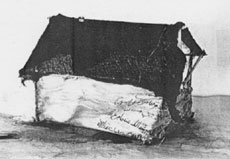 Rehab El Sadek (1974) was born in Matrouh, Egypt a small city in the desert close to the Mediterranean Sea. She is a graduate of Alexandria University of Fine Arts and now lives and works in Texas, U.S.A. She has exhibited internationally, including the Modern Egyptian Culture Centre in Vienna, Austria in 1997 and Mashrapia Gallery, Cairo in 1998. Rehab El Sadek is recognised for her poetic reflections on power structures, dealing with issues of gender, identity and values in a society bound by tradition and history. She works in video and installation. Rehab took up residency in the Thami Mnyele Foundation Studio in April 2004.