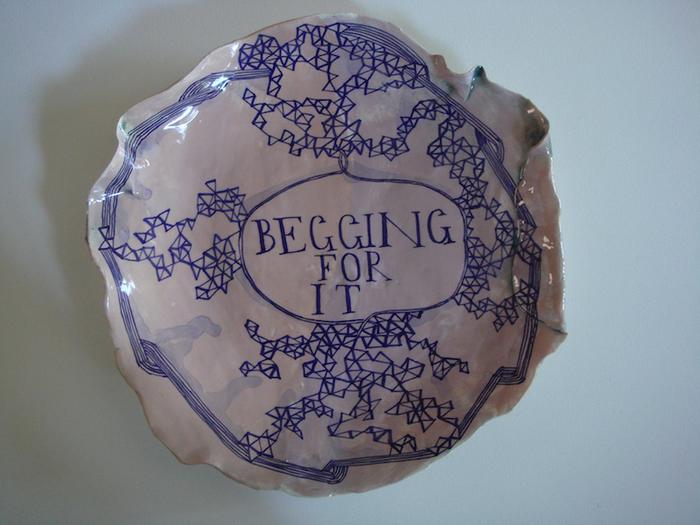 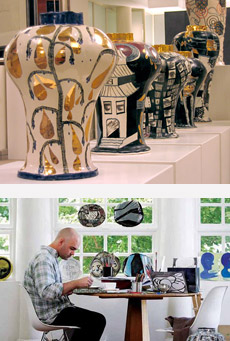 Ruan Hoffmann (born in 1971 in South Africa) is working with ceramics over the past 14 years. He uses the three-dimensional surfaces of plates, bowls, tile panels and small sculptures as canvases for his icon-like images. Ceramic's popularly thought of status as a craft - rather than a contemporary form of art production - is an issue Hoffmann eagerly subverts. By focusing on the medium's fragility, combined with a discriminating eye for detail and painstaking craftsmanship, the artist finds a sympathetic vehicle for expressing concerns that span both the present and the past. His art is often infused with personal concerns about identity and sexuality, as well as mythical and mystical allusions.
Ruan Hoffmann is staying in the Thami Mnyele studio during the period April-June 2010 and August- September 2013.