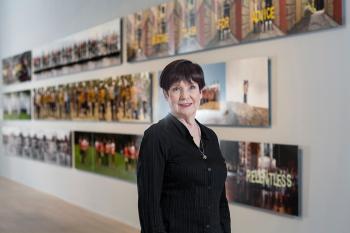 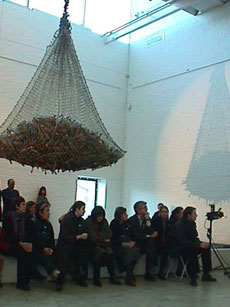 Sue Williamson has been a key figure on the South African art scene since the early 1980s when she produced A Few South Africans, a groundbreaking series of portrait prints featuring women in the struggle against apartheid.

Voices, which opens at the Goodman Cape on February 19 in the year 2011, is Williamson’s first solo exhibition in Cape Town in a number of years. Important selected work from the past three decades will be shown alongside her latest two series - Other Voices, Other Cities, an international series of projects documented in photographs, and The Diaries of Lady Anne B. Also on view will be Last Supper at Manley Villa, a portfolio of black and white photographs taken in the home of one family in the final days of District Six in 1981.

The theme running through all of these rather different works is that of personal history, and in many cases, the exact words people use to express themselves and to describe their situations.