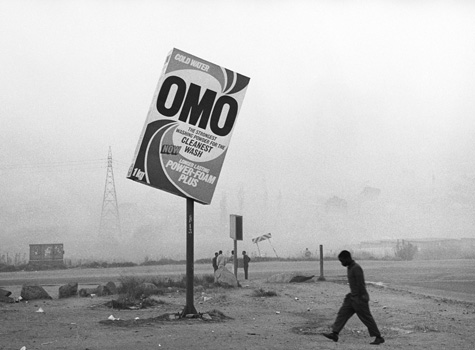 We would like to bring to your attention the retrospective "Chasing Shadows – Thirty Years of Photographic Essay" of the South African photographer Santu Mofokeng at Extra City Kunsthal, Antwerpen. Opening the 3 May at 7pm.

Santu Mofokeng will be guest at the Thami Mnyele Foundation in June and July 2012.

An Overview of Thirty Years of Photographic Essays:
Santu Mofokeng is regarded as one of the most important and influential African photographers living today. His work has been presented worldwide, yet has never been subject of thorough research. Together with the artist, curator Corinne Diserens delved deep into the artist’s archives and selected more than 200 images from the last thirty years. The work presented will be complemented with extensive attention on texts written by the artist, and various documents contextualising Mofokeng’s projects.

Mofokeng’s photo-essays (some of which are still on-going and have been for years) highlight a range of different issues and topics: the Soweto of the artist’s youth, his studies of quotidian life on farms and in townships, with a special focus on self-representation and family histories of the black South Africans, and pictures, which betray a concern with religious rituals and typologies of landscapes. Santu Mofokeng stretches the use of the word landscape to its fullest in order to invoke literal, colloquial, psychological, philosophical, mystical, metaphysical and metonymic meanings and applications. With Radiant Landscapes, made specially for this retrospective, Santu Mofokeng continues to explore his interest in the “invisible evils” like Apartheid and aids.

Santu Mofokeng
Santu Mofokeng (b1956) started taking pictures in the early ‘80s. After a short period as a street photographer and some jobs in dark rooms of newspapers, he completed his first photographic essay in 1986, entitled Train Church. Mofokeng focuses on capturing the aspects that dominate the daily life of the blacks in South Africa, like the experience of commuting and the pervasiveness of spirituality. He participated in Documenta 11 (2002) and the 52nd Venice Biennale (2007). He was a member of the Afrapix Collective (1985 – 1991), which became well known for documenting the battle against Apartheid. He also was a photography researcher for the African Studies Institute (ASI) in Johannesburg for almost ten years and received a fellowship to study at the International Center of Photography in New York. Mofokeng received a DAAD artist-in-residence in Germany and was laureate of the Prins Claus Award 2009