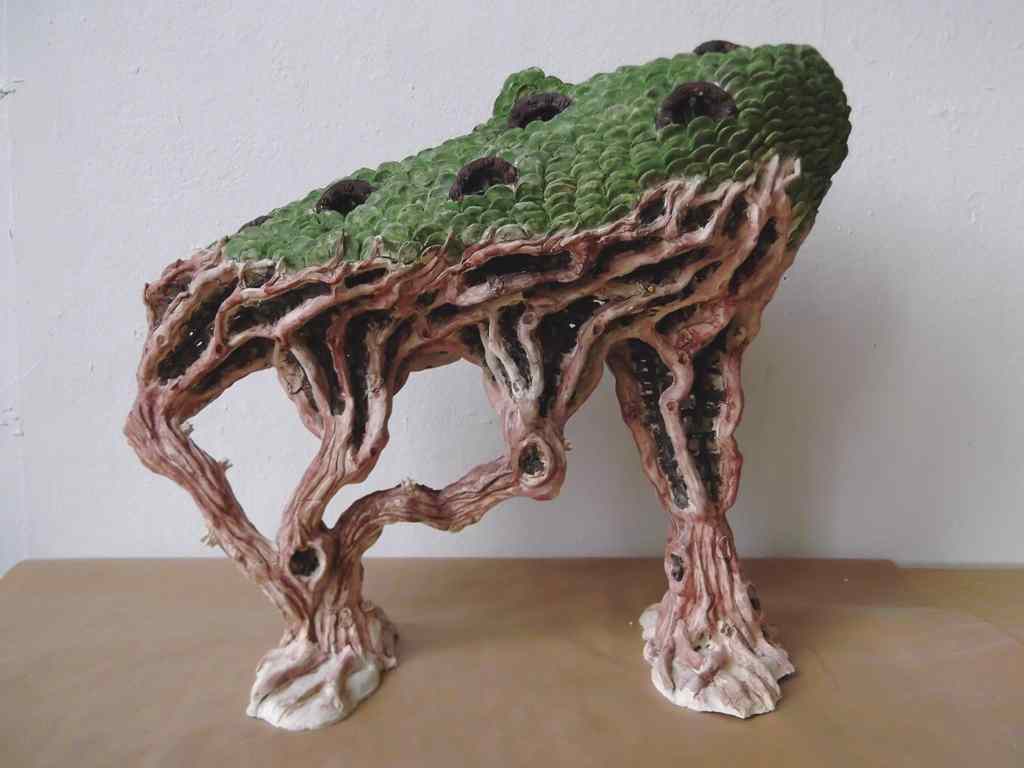 You are cordially invited to the Open Studio of Adriaan de Villiers.

Adriaan will show his last sculptures made during the residency and inspired by the Milkwood trees from South Africa.
His sculpture are referring to the tree as a religious symbol. "Trees are often mentioned in fairytales such as ‘The Juniper Tree’ and also in the Bible. The South African Flower Kingdom forms the most direct inspiration for my art. The shape and colour of my sculptures are inspired by the appearance of flowers. Other forms in nature such as shells influence my work. Hundertwasser, Gaudi, Japanese prints, outsider art, religious architecture and Gustav Klimt are a few of my influences. These influences are combined to create my own individual version of architecture and nature. My sculptures are reminiscent of fairytale castles, but with a humorous perspective on it".

After graduating in Fine Arts in 2007 at the University of Stellenbosch, South Africa, Adriaan participated in divers exhibitions. He won the prize for Best Sculpture in the Sanlam Vuleka Art Competition in 2008. In 2011 Adriaan took part in the exhibition “Genius without talent” at De Appel Arts Centre in Amsterdam. In 2012 he was invited to work as an artist-in-residence at the Arts Centre Dordtyardt in Dordrecht. In the same year a series of his sculptures were exhibited by Galerie Sanaa at Rai Amsterdam.