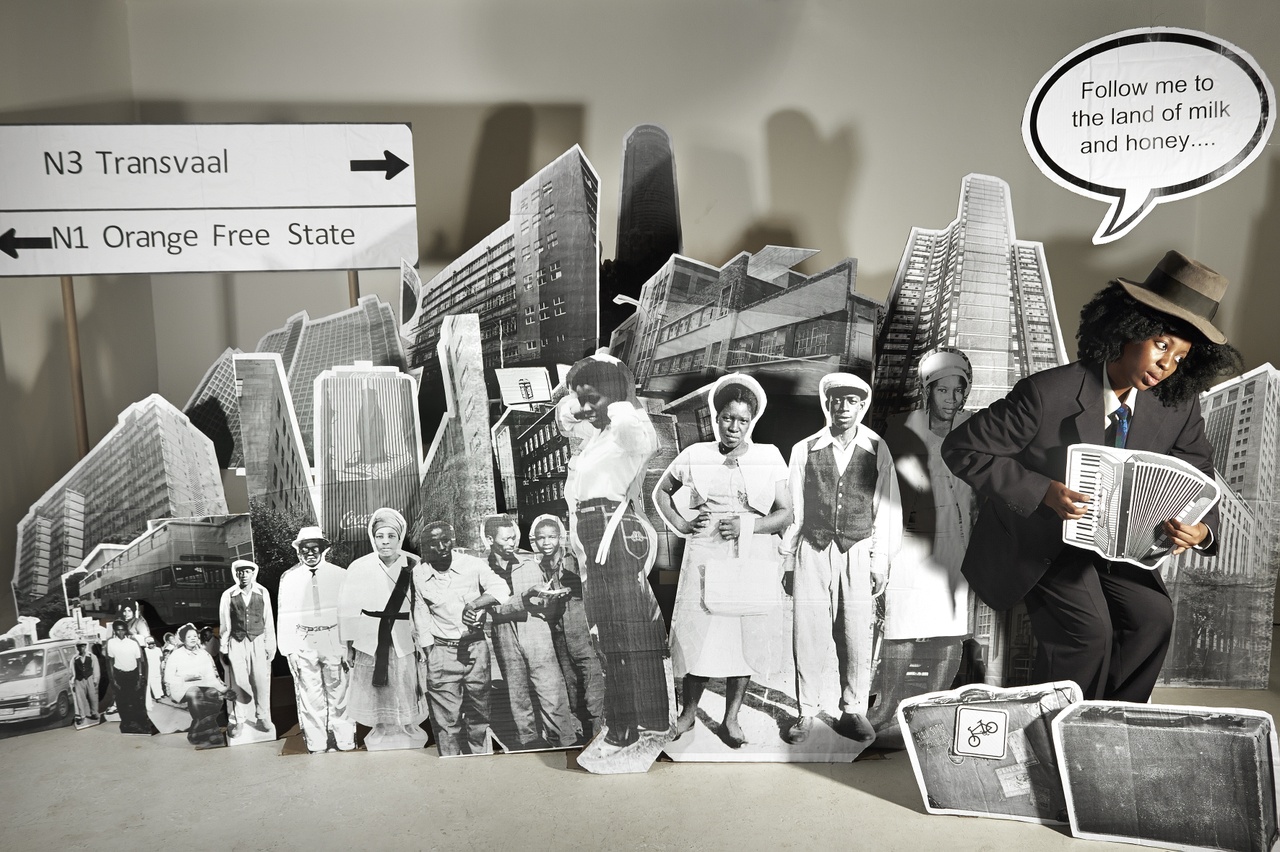 We are happy to share the news about the upcoming exhibition 'Tell Freedom. 15 South African artists' at Kunsthal KAdE Amersfoort, with amongst new work by Haroon Gunn-Sali, Molemo Gapare and Nare Mokgotho (MADEYOULOOK).

Artists Haroon Gunn-Sali, Molemo Gapare and Nare Mokgotho each had a short or longer residence in the Thami Mnyele Foundation. In their own unique way these artists represent a victory for the South Africa that the artist Thami Mnyele believed in and fought for. They also embrace different experiences and forms of expression representing the diversity of concerns that post-apartheid South Africa confronts. The Thami Mnyele Foundation is a fitting tribute to the legacy of Thami Mnyele , an artist who dreamed of becoming an international artist but chose instead to use his talent for the liberation of South Africa.

For Tell Freedom Kunsthal KAdE Amsersfoort collaborated with CBK Zuidoost, Het Vijfde Seizoen and The Thami Mnyele Foundation. The exhibition runs from 27-01-2018 till 6-05 2018.