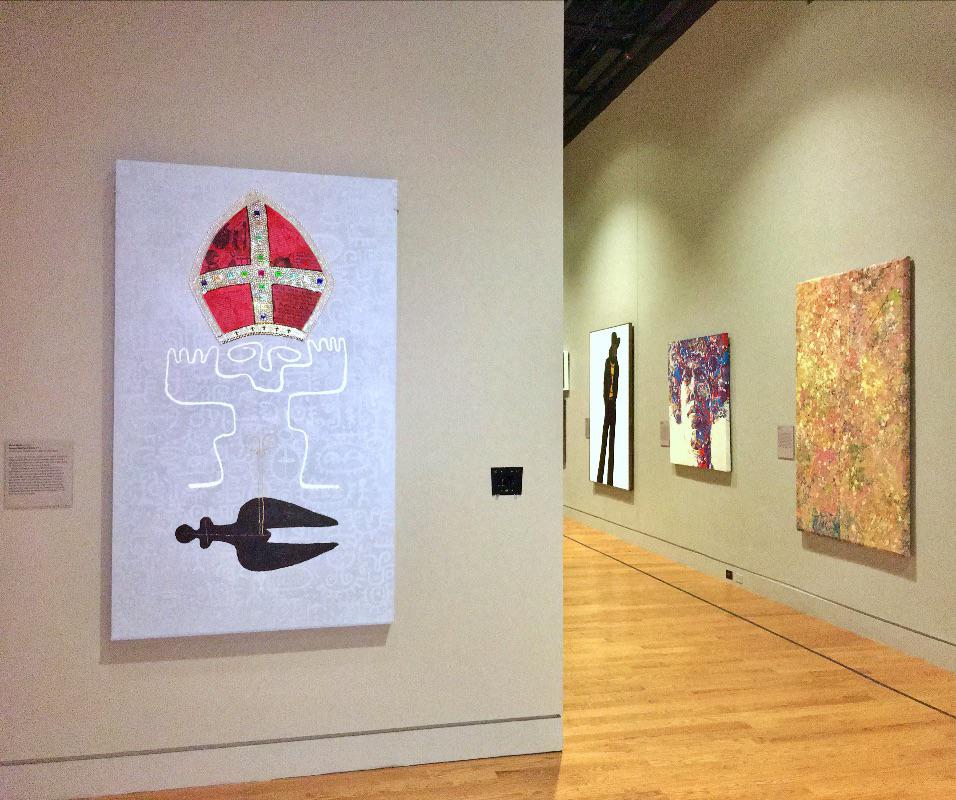 Thami Mnyele Foundation alumnus Victor Ekpuk has had one of his works acquired by The Smithsonian National Museum of African American History and Culture @NMAAHC . The acquired painting, titled “Union of Saint and Venus”, which is a part of an ongoing body of work, “Slave Narratives”, explores the history of the trans-Atlantic and Trans-Saharan slave trades.
Ekpuk’s interest and subsequent research into race and slavery was sparked by the Dutch celebration of Sinterklaas, a celebration which he first encountered as an artist-in-residence at the Thami Mnyele Foundation in Amsterdam. In Ekpuk’s words, “The annual celebration of the casual subjugation of a symbolic black person in perpetual slavery to the Archbishop instigated my research” and consequently, the “Slave Narratives” series which he stared in 2007.

Union of Saint and Venus was installed at the Visual Art Gallery (4th Floor) of The Smithsonian National Museum of African American History and Culture (NMAAHC) on 17th March, 2020, and will be on view to the public when the museum reopens.