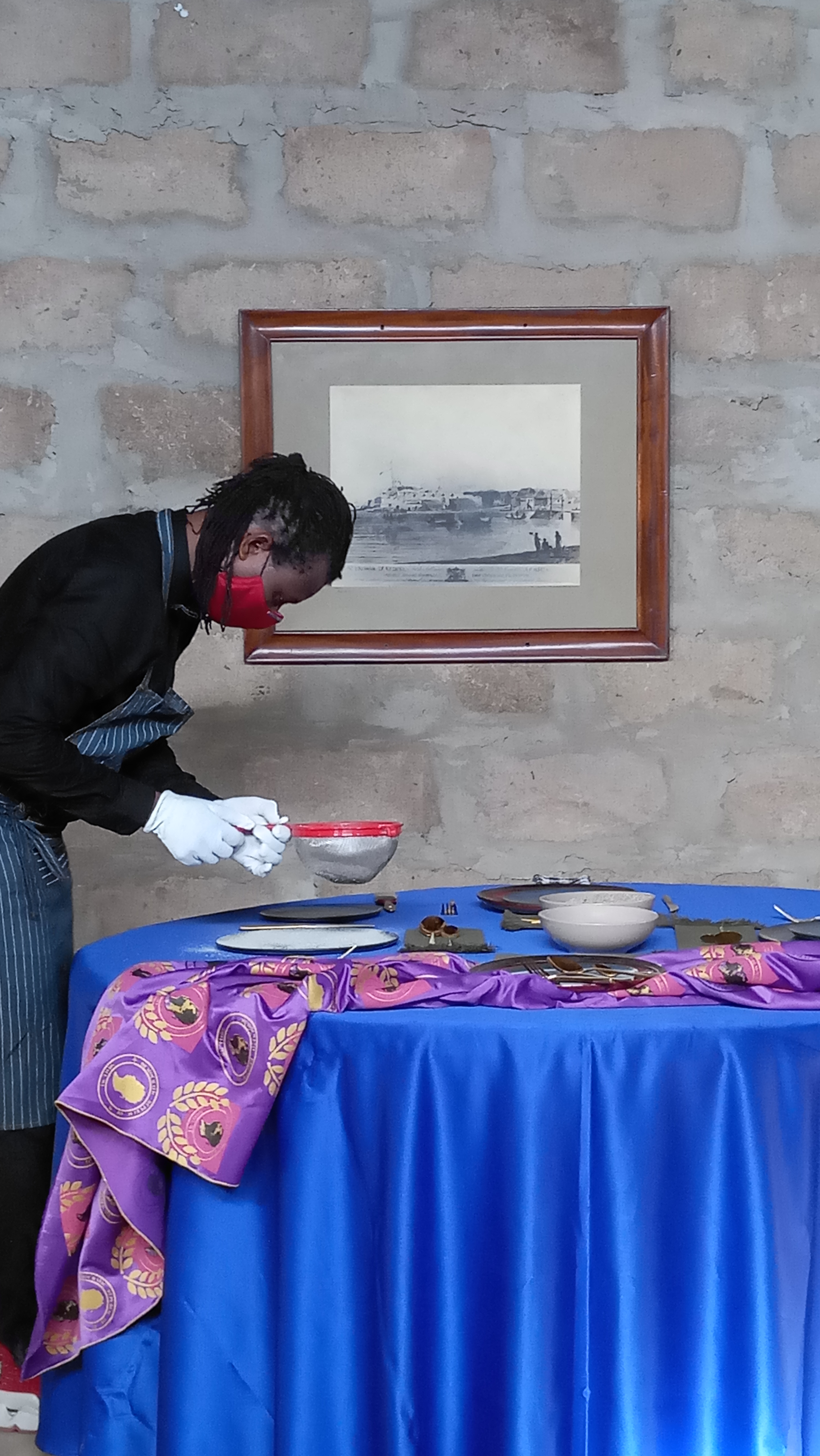 Bernard Akoi-Jackson (1979) is a Ghanaian academic, artist and writer. He is known for projects that are in continual metamorphosis. His art works are mostly performative or pseudo-rituals. His writings are focused on the development of contemporary African, Ghanaian visual arts and culture in poetic and jovial manner. He is known as a proverbial jester or Esu using critical absurdity to move between installations, dance and poetry, video, and photography. He blends post-colonial African identities through transient and makeshift memorials.

Bernard Akoi-Jackson participated in the Thami Mnyele Foundation residency program and in a Blikopener program of the Stedelijk Museum Amsterdam in 2014.
Photo Credit: Kelvin Haizel