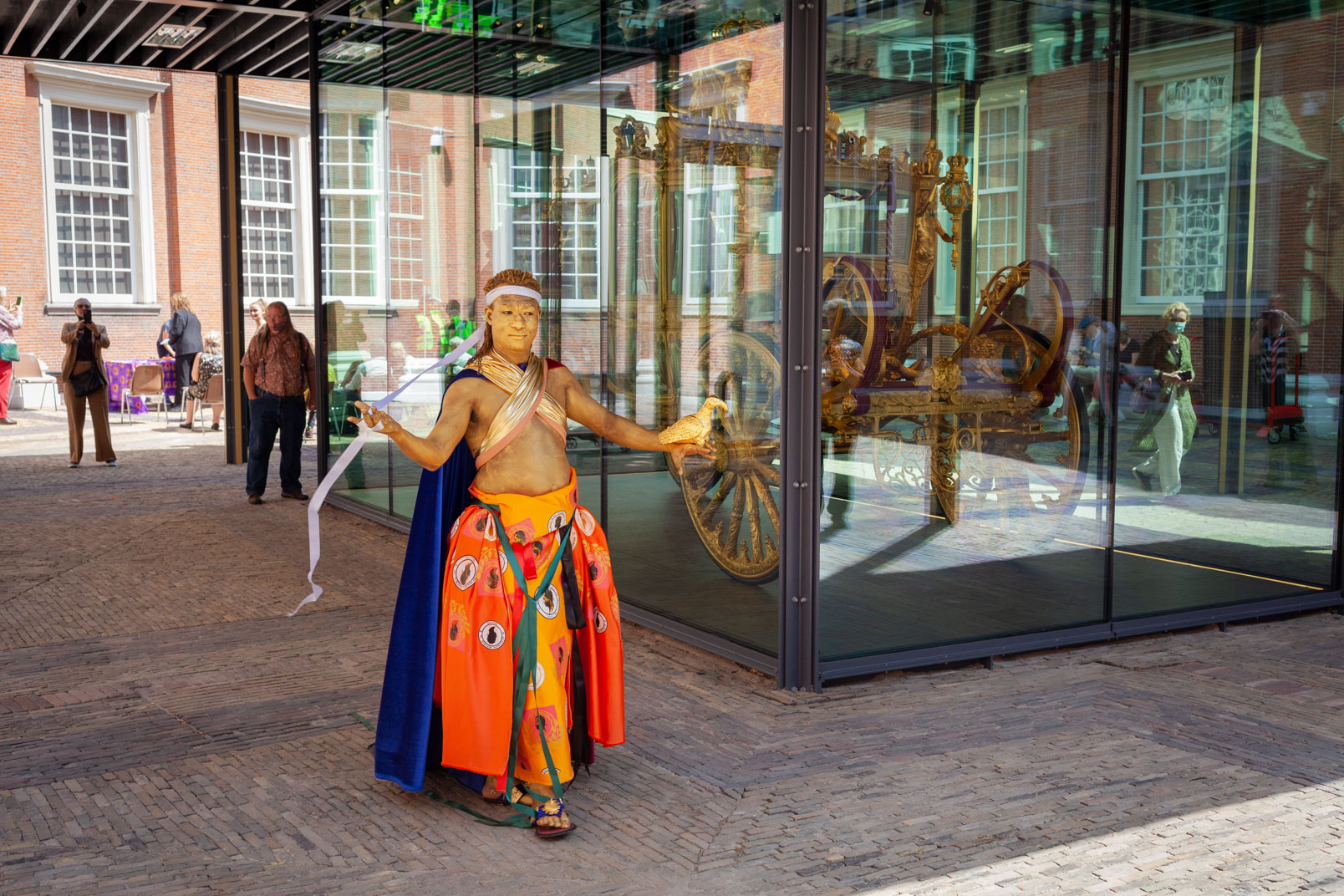 “a_GOLDEN[R]AGE…(?) a_CRUCIBLE(?): an alchemistic and slightly tongue approach to history in cheek... with what courage does one, in a_GOLDEN[R]AGE… singly ride a_GOLD[en] carriage through a_CRUCIBLE on the Plein in plain sight… (2021)”.
.
As part of the "Golden Coach" exhibition at Amsterdam Museum, this performative installation invites the public to re-visit collective histories via alchemy and witty speculation on geography and trade in Gold, Ivory, Spices and Slaves. On 18th June, Akoi-Jackson gave a performance that took the last route of the much debated Dutch royal Golden Coach took in 2002.
.
Photo credit: Lard Buurman