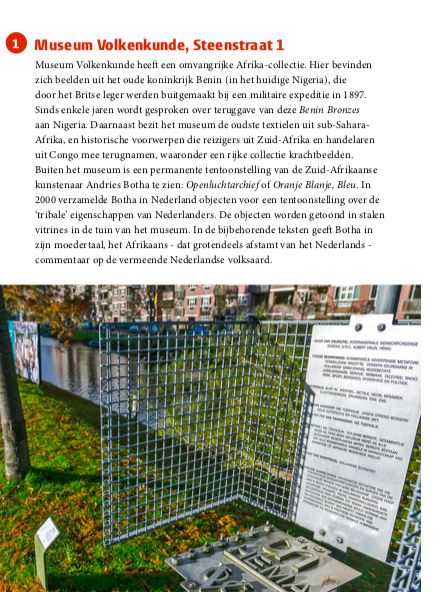 The work by fellow Andris Botha is featured on ASC Leiden as a guide for traces of Africa in the city.

Outside the Museum Volkenkunde is a permanent exhibition by fellow Andries Botha: Openluchtarchief of Oranje Blanje, Bleu. In 2000, Botha collected objects in the Netherlands for an exhibition about the 'tribal' characteristics of the Dutch. The objects are displayed in steel display cases in the garden of the museum. In the accompanying texts, Botha comments on the alleged Dutch national character in his native language, Afrikaans - which largely descends from Dutch.