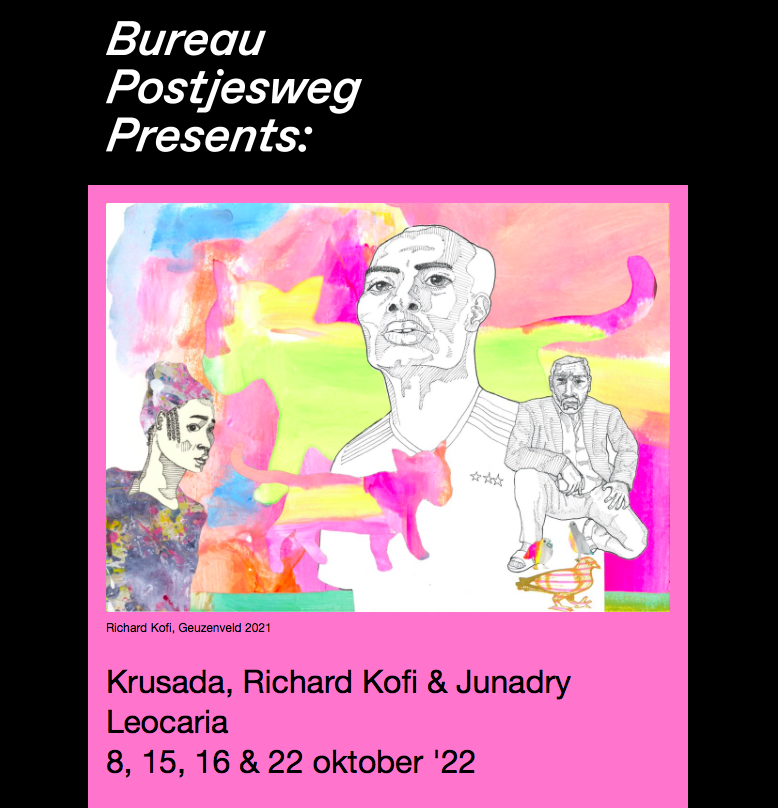 From August to October, Richard Kofi and his partner Junadry Leocaria stay as guest artists at Bureau Postjesweg. They are working on new research. Presentations will take place in October, including their previous work. From drawing (Richard) to performance (Junadry) and screenings of the films Imprenta and Drapetomania that they developed together. These artistic explorations are part of a larger study in which they delve into the (afro)futuristic concept of Astro-Blackness. In doing so, Black consciousness is not only based on the relationship to whiteness and Eurocentrism, but also looks for a Black position in relation to nature, the cosmos, mythology, technology and science.

Richard was the urban illustrator for Amsterdam in 2021. His drawings of people and street scenes outside the city center were published in the daily newspaper Het Parool. A mural to his design has also recently been delivered to the building of Residential Care Center De Boeg, Hoofdweg 495.