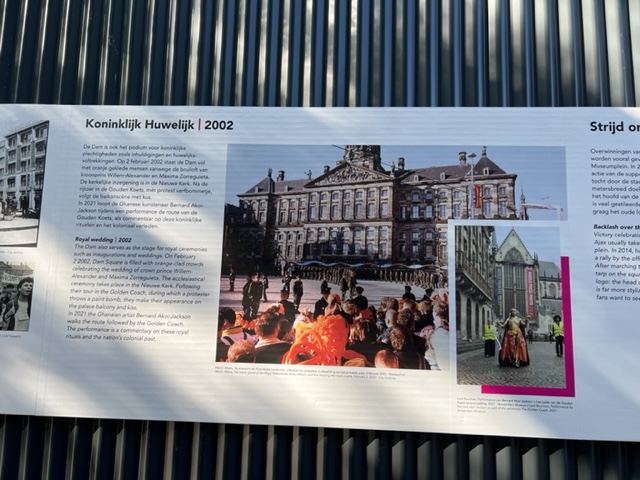 Dam Square in Amsterdam has been under renovation. There are photos on the wall to show the important moments at Dam Square. Thami Mnyele Foundation fellow Bernard Akoi-Jackson's performance is also among the photos.