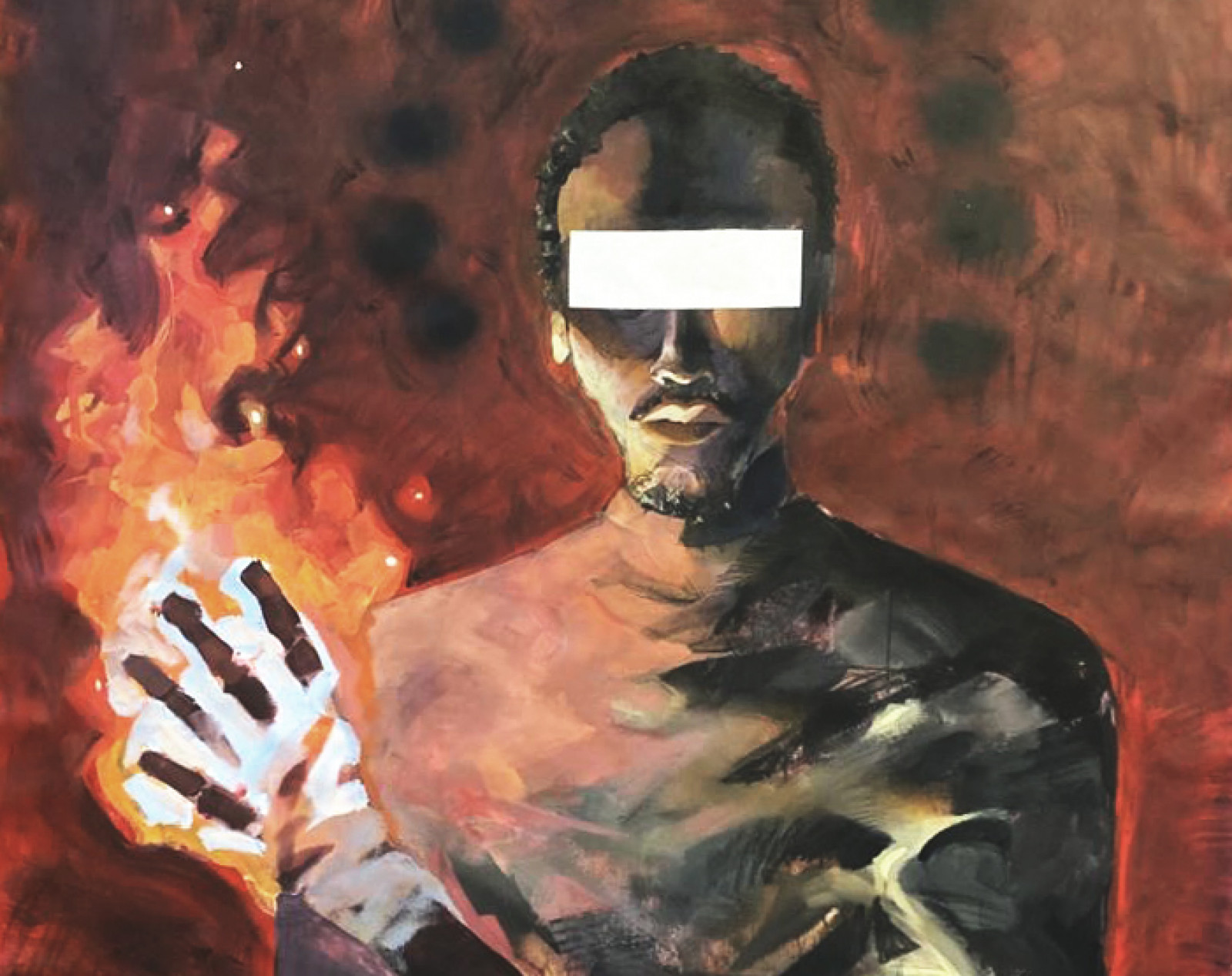 On Friday 13 March, a few days before far-reaching restrictions on freedom of movement were also announced in the Netherlands, a small group gathered in the studio of the 30-year-old Thami Mnyele Foundation in Amsterdam. To celebrate a new work by guest artist Adam Belarouchia. We were together, but already at an appropriate distance from each other.